What Is Alcohol Awareness Month? 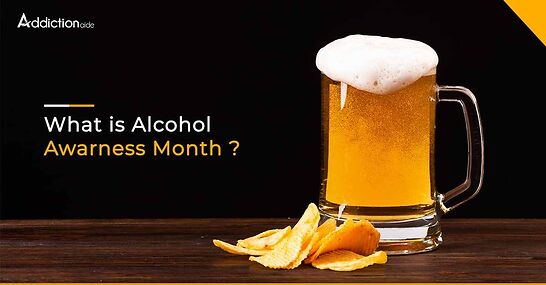 17.6 million adults in the United States suffer from alcohol dependence or Alcohol Use Disorder. Additionally, a person’s alcohol or substance abuse directly affects an estimated 45 million family members nationwide. 7 million children live in a home with at least one alcohol-dependent parent. Facing Addiction with NCADD intends to put a dent in each of these alarming statistics.

Alcohol Awareness Month is one of the tools the organization uses to educate the general public on alcohol, problem drinking, and recovery from alcohol abuse. Events on the local, state, and national levels bring the effects of alcohol into the public eye. By helping more significant numbers of people understand the impact of alcohol, Facing Addiction with NCADD wants to make a difference.

“Help For Today, Hope For Tomorrow” is the theme for the April 2019’s Alcohol Awareness Month. It focuses on alcohol’s effects on today’s young people along with their families, friends, and community as a whole. When someone receives the help they need, the resulting effects ripple farther out than you might imagine.

So, what exactly is Alcohol Awareness Month and how did it begin?

The History Of Alcohol Awareness Month 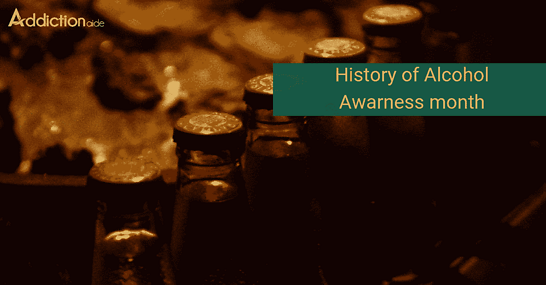 The National Council on Alcoholism and Drug Dependence (NCADD for short) introduced Alcohol Awareness Month in 1987. Alcohol dependence and Alcohol Use Disorder carry a stigma, a widespread misunderstanding of the core issue. NCADD wanted to help communities understand the problem and encourage those who needed to seek help.

Alcohol Awareness Month offers a way to open up conversations about alcohol consumption. Rather than asking questions out of nowhere, people can use the month to raise questions or concerns. It also gives doctors the more open-ended opportunity to offer strategies to help their patients cut down on or quit drinking.

The NCADD announced its merger with the Facing Addiction coalition in January 2018, combining the more than 75 years of NCADD experience with the emerging and present-day Facing Addiction organization. Their merge introduces a strong message and a powerful force against substance abuse and alcohol dependence.

Facing Addiction to NCADD explains the primary goal of Alcohol Awareness Month is to help reduce the stigma surrounding alcohol dependence. What exactly is a stigma, though? It refers to the stereotypes, labels, or discrimination against certain social characteristics. Stigmas stem from misunderstanding and lack of awareness of the topic at hand.

People feel guilt and shame when they struggle with a stigmatized issue such as alcohol dependence or Alcohol Use Disorder. The widespread disapproval of problem drinkers leads to people hiding their problems. It might be the drinker themselves, their family members or friends, or their teacher or employer.

Rather than feeling safe to discuss the issue head-on, many people still tiptoe around the issue of alcohol abuse. They fear the judgment of people who don’t understand the reality of alcohol use disorder. This leads to the dangerous and sometimes deadly avoidance of seeking help to find recovery.

Marty Mann, one of the original founders of NCADD, said it simply and said it best: “Stigma Kills.” Alcohol Awareness Month aims to shatter the societal stigma and encourage people to talk about the problems surrounding alcohol openly. If people continue feeling the need to hide their struggles for fear of judgment, the rates of abuse and mortality will continue to keep rising.

Facing Addiction to NCADD focuses especially on raising awareness of the dangers of alcohol use in young people. Alcohol use among young people in the United States remains rather prevalent.

One of the most dangerous aspects of underage drinking is the manner in which young people drink. They don’t usually drink as often since it’s difficult for many to access alcohol. However, as you can see from the statistics above, young drinkers tend to consume higher amounts of alcohol at once. They make up for their sporadic episodes by heavily drinking when they do.

Everyone understands the dangers of heavy drinking. Drinking alcohol leads to impacted decision-making skills, impaired judgment, and feelings of invincibility, especially in young people. These young drinkers find themselves in dangerous or violent situations like fights, assaults, or car accidents. They also risk developing an Alcohol Use Disorder.

Colleges are encouraged to incorporate Alcohol Awareness Month into their event calendars. Drinking rates understandably skyrocket among students once they leave for college. They are able to do as they please once they are out from under their parents’ roof. Additionally, the drinking culture on many college campuses involves binge drinking practices.

The National Institute on Alcohol Abuse and Alcoholism collected data on individuals between the ages of 18 and 22, separated into two groups. One was a group of full-time college students while the other group did not attend school. Of these two groups, the various drinking rates in 2015 were:

Clearly, college students show higher rates of both normal and heavy drinking compared to non-students in the same age range. Students are still likely to consider themselves too young to develop a real alcohol problem, though. This shows the importance of Alcohol Awareness Month on college campuses in particular. It opens the door for conversations that might not otherwise happen.

Encouraging students to share openly about their possible struggles with alcohol might save some from heading down a dark path. They can seek help before they find themselves at a point where quitting drinking seems impossible.

The Dangers Of Alcohol Use Disorders

Alcohol Use Disorder refers to people characterized by a chronic pattern of problem drinking. They cannot seem to control their drinking or quit entirely. Attempts to quit or control their consumption regularly result in relapse, and they often end up in a worse condition than before.

Physicians diagnose an alcohol use disorder using 11 criteria outlined in the Diagnostic and Statistical Manual of Mental Disorders (DSM-5). People who drink to the point of developing an AUD show little regard for themselves or those around them. These problematic and dangerous drinking patterns are precisely what Alcohol Awareness Month wants to address.

6.2 percent of the adult population in the United States, or 15.1 million people, had an active AUD in 2015. An additional 623,000 young people between the ages of 12 and 17 also struggled with an AUD during that time. Further research estimates that about 16 million American adults currently live with an Alcohol Use Disorder today.

Facing Addiction with NCADD hopes that Alcohol Awareness Month opens channels of communication. They want to give a voice both to people struggling with their drinking and people struggling as a result of someone else’s drinking. When they have the safety to communicate openly, people might find the courage to seek the help they need.

Alcohol-Free Weekend is one of, if not the central event of Alcohol Awareness Month. For the first weekend in April 2019, from April 5th through 7th, Facing Addiction with NCADD encourages people to abstain from drinking. The intent of these three days is to help people realize and understand how significant of a role alcohol plays in their lives.

Staying sober for three days is a simple task for people who do not struggle with alcohol dependence. Three days without drinking is often as effortless as three days without a candy bar for these individuals. When someone with an alcohol abuse problem attempts the three days, though, they might realize their predicament for the first time.

Facing Addiction to NCADD encourages these individuals to reach out to some type of resource. Whether it’s addiction treatment or a community resource, anything that might help is worth the effort. Alcoholics Anonymous 12 steps help those who struggle with alcohol consumption. Al-Anon offers support to the friends and families of a person with an alcohol problem.

If you or someone you know struggles with alcohol dependence or Alcohol Use Disorder, there is a way out! Facing Addiction with NCADD encourages people to try out Alcoholics Anonymous or Al-Anon for a free, readily- and widely-available solution.

Addiction and alcohol abuse disorder treatment facilities are another option. If quitting drinking might cause withdrawal symptoms or other effects, getting sober under medical supervision is the safest option. Once through detox, inpatient rehab or intensive outpatient programs are a helpful follow-up that plugs you directly into a recovery network.

Programs that incorporate the aid of Soberlink technology provide an additional layer of accountability. It is a sophisticated alcohol testing device that uses advanced wireless technology to allow remote testing. This gives clients the ability to take a breathalyzer test wherever they are and the results are immediately sent to Soberlink’s system.

Facing Addiction to NCADD is headed in the right direction as they continue partnering with additional organizations. Alcohol Awareness Month may finally provide the nudge someone needs to seek out recovery this year.

6 thoughts on “What Is Alcohol Awareness Month?”