Stages Of Addiction And Recovery 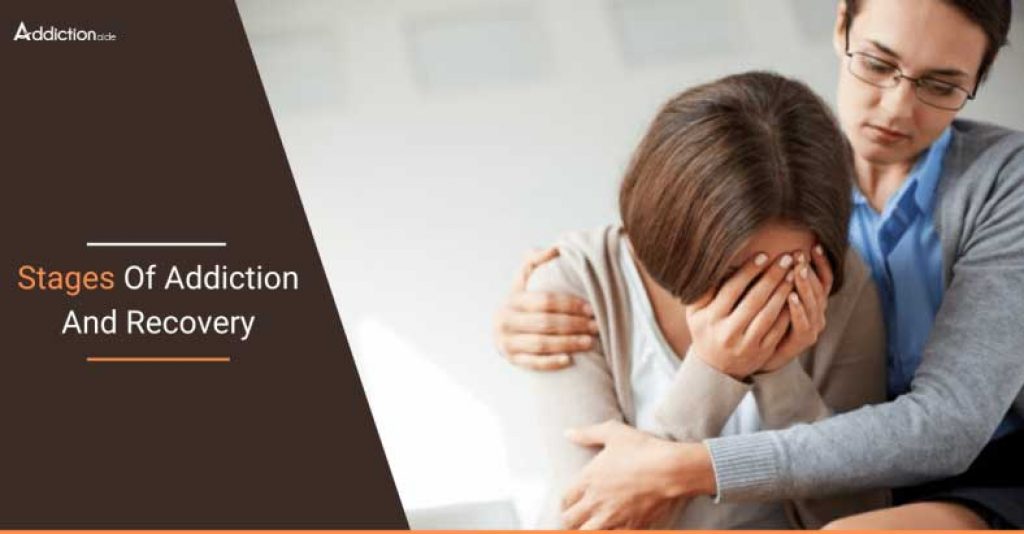 In the opening to his classic novel, Anna Karenina, the author Leo Tolstoy observed that “all happy families resemble one another, but each unhappy family is unhappy in its own way.”

People who are struggling with drug abuse or addiction might feel that they are experiencing similar unique unhappiness, as each addicted individual endures an intensely personal misery. But experts in the field of addiction and recovery have noted that, though no two experiences are exactly the same, the process of addiction often follows a common linear progression that begins with initial exposure to a substance or behavior and terminates in an all-encompassing obsession with – and dependence upon – a drug or action.

Many experts refer to the early stages of addiction as the “use” and “misuse” periods. This time includes an individual’s first experience with a substance or behavior and the subsequent negative effects that result from increased or continued involvement.

Dr. Julian I. Taber, a retired clinical psychologist, has described the beginning of an addiction as the “delight and discovery” stage. He has written that individuals often recall experiencing euphoric emotions when they describe their initial encounters with the substances or behaviors to which they eventually become addicted.

One example of this stage is a person who has prescribed a painkiller after an accident. This individual may be justifiably thrilled at the resultant improvement to her quality of life. But if she continues to pursue this positive reaction by taking the medication after the condition for which she was being treated has been resolved, then she has moved into the “misuse” phase – and taken a step toward addiction.

People whose addictions are focused on behaviors follow the same path as those who abuse substances. For example, a person who travels to Las Vegas for the first time and discovers the thrill of the casino floor may begin engaging in potentially harmless “use” of gambling. But if that same person finds himself compelled to gamble repeatedly or for extended periods of time, he may be advancing to the “misuse” stage.

Taking a drink or even being arrested for drinking and driving does not necessarily mean that an individual is an alcoholic. But an inability to curtail a behavior with negative consequences (for example, continuing to drink and drive after getting a DUI conviction) is evidence that the behavior has advanced from misuse to abuse.

Individuals in the middle stages of the addiction recovery process may not yet be physically or psychologically dependent upon the substance or behavior, but their continued abuse – especially in the face of negative consequences to themselves and the negative effects their behavior is having on their close friends and family members – indicates that dependence and full-blown addiction may not be far away.

In the final stage addiction, the addicted person becomes dependent on a certain substance or behavior and experiences withdrawal symptoms if the object of the addiction is withheld.

Dependence occurs when the substance or behavior becomes the primary focus of the addicted person’s life. Work, personal relationships, and other fundamental aspects of life become, to the addicted person, a means of acquiring the drug or participating in the behavior. Drug addicts and alcoholics may begin borrowing (or stealing) money from friends and family members in order to buy more of what they crave. Gambling addicts may find themselves risking larger and larger sums of money in a quest to either re-experience their initial high or get themselves out of debt.

In the final stages, what Taber terms the “defense and denial” and “resentment and relapse” phases, are marked by an obsession with the object of one’s addiction and the onset of withdrawal symptoms in the absence of the substance or behavior. Engaging in the addictive action is done not so much to experience the positive “high,” but to stave off the pain and anger that occur when one is not using.

To individuals who are in the final stages of addiction, the substance or behavior to which they are addicted becomes all-encompassing. And neither the destruction they wreak on the addict’s own life nor the pleas of friends and family members are enough to convince them to stop.

The Road To Recovery (Addiction Recovery)

Though some individuals find themselves unable or unwilling to overcome their addictions, the good news is that recovery is possible. And like the descent into addiction, the journey back to healthy living is a phased and well-documented process.

The addiction recovery experts who contribute to have identified the following four stages as the critical steps in an addicted individual’s return to sobriety:

Find A Way To Recovery

Though Tolstoy implied that sadness and dysfunction are the more complex (and perhaps more interesting) experiences, countless recovering individuals and experts would likely beg to disagree. While the stages of addiction are, by their nature, encroaching, divisive, and destructive, the promise of addiction recovery is an achievable state that offers limitless opportunity for personal growth and development.

5 thoughts on “Stages Of Addiction And Recovery”