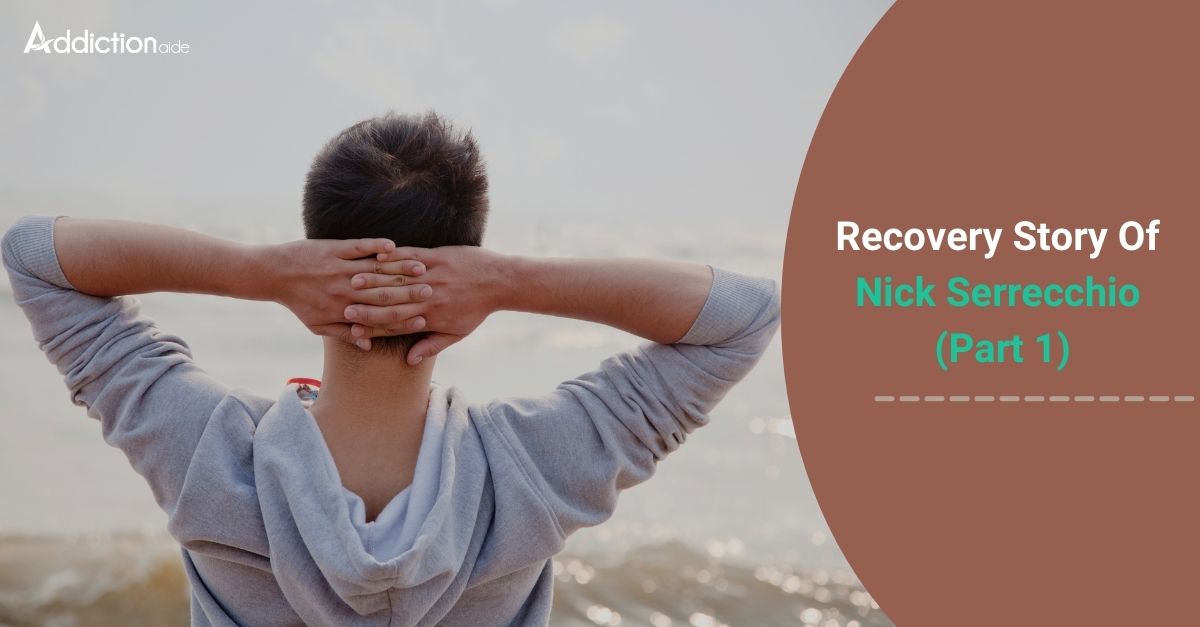 My name is Nicholas ‘Nick’ Serrecchio, the son of Robyn Serrecchio and former Mafia, Joseph D. Serrecchio. I was born on April 6th, 1987 At St. Elizabeth Hospital and raised on the Southside of Youngstown, Ohio, also known as Steel City because of its steel mills until they all shut down. Then production went down and their crime rate went up then Youngstown was known as Murdertown USA for having the highest murder rate per capita back in the 90′s. My grandpa was also former Mafia, Mike Serrecchio. My dad and grandpa were also known as Mike and Joey ‘Cyrak’.

My dad’s father was one of the most respected men I have ever had the privilege of knowing. But just because of his high-ranked Mafia status or the power he had, but for the respect, he showed everyone he came across. He once told me to respect everyone even if I didn’t like them because you never know when you might need them or what they might be going through. My dad, the man who loved me as his own and raised me was known for being a hot head and a hard ass.

Now the sperm donor that contributed to my birth was Benjamin ‘Benny’ Nunley, who had quite the reputation, just not a respectable one. My mother told me many stories of how he enlisted in the Marines and got deployed to Vietnam at 17 years old. She said when he came back he was never the same; she would wake up in the middle of the night to him walking around the house in the dark with a knife. He had seen his close friends get mowed down from gunfire or blown to pieces right in front of him.

I Was Looking For A Father, He Was Gone

He also came back with heroin addiction and eventually hooked on speed as well. He ended up losing both his legs later on in life due to diabetes and him refusing to take care of it in which he later passed away from it. I (Nick Serrecchio) remember after my dad, Joey Serrecchio, had passed away, my mother said that I should take the time to try and get to know Ben so, despite my reluctance, I tried. I called him talked to him for a few mins in which he told me he’d call me back later and never did. So I called him the following day because it was veterans day and he was in fact, a veteran. We talked for a few minutes and he said that he would call me back a little bit, she to no avail…. He never did! So that was it. He didn’t want me when I was young and he didn’t want me then so I never put in any more effort to contact him ever again. I ended up getting locked up a week later, not to be released for 3 more years.

I recall the day I found out that he passed away, and I don’t think I shed a single tear for that man. As Tupac said, “he passed away and I didn’t cry, my anger wouldn’t let me feel for a stranger, I know I’m heartless, but all along I was looking for a father, he was gone”.

I’ve Been Out Of Prison Going On 4 Years

Some people say they regret ever getting locked up and going to prison or how hard it is finding employment due to being a convicted felon or that their excuse for using or being scumbag people is due to the hard life they lived, being abused and neglected nor sexually abused. I’m living proof that you can still be a decent human being and maintain a decent paying job regardless of any of this. I’m a 6 or 7 time convicted felon with 3 prison numbers in 2 different states and a recovering addict who’s been sexually abused as a kid, physically and mentally abused as well.

I’ve been jumped, stabbed, hit with a lock in a sock, shot at, mashed, tazed, homeless, 2 suicide attempts and 2 miraculous fails, cheated on, and heartbroken. Yet, here I am, still carrying the weight of the world and still more on my plate than I know what to do with! Still TRYING to be a good man, husband, father, and good friend! I’ve been out of prison going on 4 years on July 6th, and drug-free for 3 years on December 15th. I (Nick Serrecchio) have no problem maintaining employment. Trying is the keyword here. If you put in the work and keep a positive and confident mindset, but humble and respectful, I don’t see what could be stopping you.

So I (Nick Serrecchio) have been around drugs and alcohol for as long as I can remember. It all started with my biological father when I was like 3 or 4 years old watching him drink and occasionally shoot up in his living room in front of whoever was around to see it. Even asking me to his shit once or twice.. of course, I had no clue what the shit was or what he was doing when he was shooting up.

Now try imagining a person worse than that….. His brother, my Uncle Frank… He gave me my first sips of beer by four, but it gets better. The person I consider my real dad is the one who chose to raise me when he didn’t have to. Anyways, after witnessing my biological father literally putting his girlfriend’s head into a wall then to the bathroom where he slammed her bead to the bottom of the toilet, and my so-called Uncle Frank would keep himself entertained by either putting cigarettes out on me and making me say it was my fault for running into it or having my other older siblings beat the hell out of me in the yard just because some other man was raising me and I had a different last name.

My favorite quote of all time is one that I live by.

“It’s not the strongest that survive, nor is it the smartest, but one’s most responsive to change.”- Charles Darwin

Thankfully, my mom caught on to some of what was going on and put a stop to the every other weekend deal they worked out. Never did tell her about some that went on there maybe because I was scared or embarrassed. Happy to admit that I didn’t return nor did I (Nick Serrecchio) ever see Frank again!