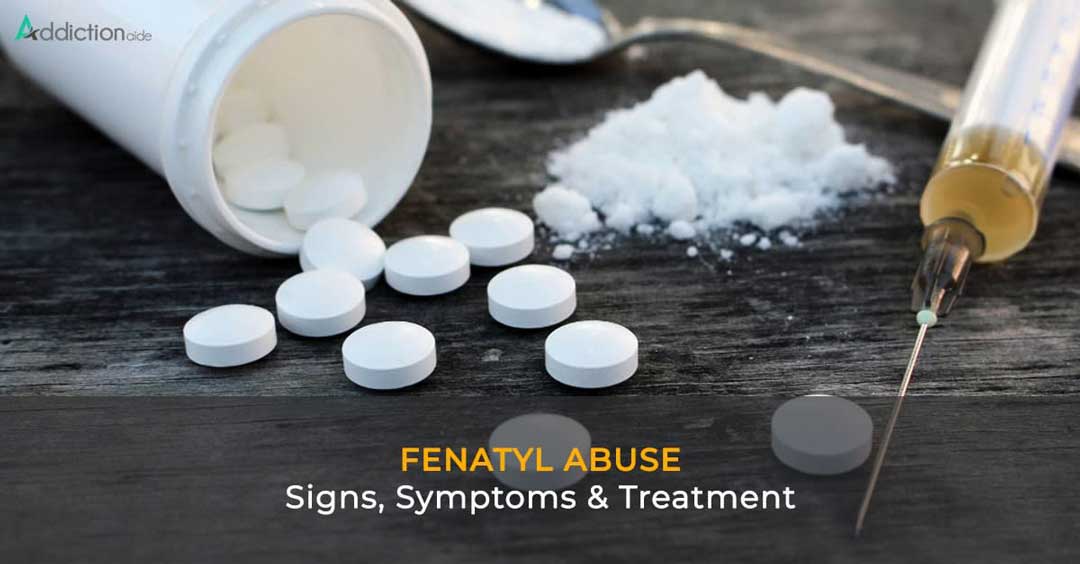 Fentanyl is offered to victims who are experiencing severe pain or recovering from injuries. It is also given to an individual after undergoing surgery to relieve them from pain. It is a kind of synthetic opioid painkiller

Fentanyl can be manufactured illegally as well and used as a recreational drug, which is often mixed with heroin or cocaine. It has a rapid onset of action of 5 minutes and its effects generally last less than an hour or two. It has brought relief to many people who are suffering significant pain as a consequence of diseases such as cancer.

But because of its capacity to produce a high euphoric feeling when abused, many individuals become addicted to fentanyl. The symptoms of fentanyl abuse begin to appear and addicts need larger doses and more frequently – to accomplish the desired effect. The degree and rate at which fentanyl is absorbed into a body are 33% (ingestion), 50% (buccal), 89% (intranasal), 92% (transdermal), and 100% (intramuscular); and the formula of fentanyl is C22H28N2O.

According to the National Institute on Drug Abuse, Fentanyl is 40-50 times more potent than heroin, and 50-100 times more powerful than morphine.

According to the National Institute on Drug Abuse, Fentanyl is 40-50 times more potent than heroin and 50-100 times more powerful than morphine.

How Does Fentanyl Work

If you are wondering how does fentanyl work, then consider the human brain.

When the opioids bind themselves with receptors, they increase the dopamine levels in the brain’s reward system. It is the system that instructs humans to do more things that are useful or pleasurable for the self. For example, when you eat sweets like chocolate, you will have the same feelings of satisfaction and happiness, which makes you want to taste them again.

When opioids like Fentanyl mess up the brain’s reward system and affects the brain, the results are similar to the use of heroin, but even more powerful – and in addition to euphoria and relaxation. There are no real stimuli that trigger the feeling of satisfaction or happiness in a person. Other indications of the consequences of Fentanyl include nausea, drowsiness, sedation, disorientation, respiratory depression, respiratory arrest, unconsciousness, and even death.

Signs And Symptoms Of Fentanyl Abuse

Fentanyl is one drug that is commonly abused, both intentionally and unintentionally. There are some important physical, emotional, mental, and behavioral changes that set in when one develops a chemical dependence and it can be detected in a person’s bodily state.

The addicts may demonstrate many signs and symptoms, including the following:

How long does fentanyl stay in your system? That’s a tricky question to answer correctly because it can vary from person to person, depending on how it is abused or administered. There are some estimated timelines that your system follows when removing this synthetic opioid.

It is proven that younger users are generally in better health and tend to have faster metabolisms than older ones. According to the report of Bentley and associates, for a person younger than 50 years, it takes 265 minutes; and if older than 60, it takes 945 minutes.

Here in this blog, we have mentioned a variety of factors that determine how long fentanyl stays in your system after your loved ones or your latest dose.

How Long Does Fentanyl Stay In Your Urine?

The urine test is the most common drug test that can detect fentanyl by using gas chromatography/mass spectrometry (GC/MS) relatively easily. And it is also a painless test that is practiced to screen for the presence of specific, illicit substances. The time in which fentanyl can be detected will differ with individuals, depending on a variety of factors like age, weight, or drug history. The average time fentanyl can be detected in urine is approximately for 8 and 24 hours.

How Long Does Fentanyl Stay In Your Blood?

Blood tests are another common drug test and one of the least effective methods used to analyze drug usage over a long period of time. Fentanyl can only be detected in the blood for approximately up to 12 hours after your last dosage. If you suspect your loved one is addicted or abusing fentanyl, then a hair follicle test may be the best alternative method for blood testing.

How Long Does Fentanyl Stay In Your Hair?

One of the most telling features of your health is hair. Because human hair growth is a comparatively slow process, it often gives you the accurate timelines of substance abuse history. If you want to determine how long fentanyl stays in your hair, a hair test can be one of the most effective ways. It also produces complete details and insights into an individual’s substance abuse like fentanyl drug use. Fentanyl can be found in the hair for up to 90 days, approximately three months, after your last dosage.

How Long Does Fentanyl Stay In Your Saliva?

A saliva test can be used for a variety of experiments like DNA to drug testing. This test is a reasonable method that does not require using any instruments on the body for detecting substances like fentanyl. Physicians may take your saliva swab or spittle sample to study more about you. This test also has a longer detection window of approximately one to four days after the last usage.

Fentanyl addiction treatment will vary based on the clinic you select. It is strongly suggested that no one should treat this severe dependence by their individual self.

The process of detoxification breaks the cycle of fentanyl abuse, which is supported by rehabilitation, where emotional and psychological issues are addressed. Medication may mean a combination of behavioral therapies and holistic treatments for a more whole-person approach. You could be putting your life at risk if you don’t choose the right clinic that can provide a medical solution to manage symptoms of withdrawal and keep you away from fentanyl addiction.

These are the therapeutic techniques to help individuals who have been struggling with addiction to the synthetic derivative of fentanyl or fentanyl:

Healing from fentanyl addiction is not an easy deal. It involves getting your life back, finding purpose, and reestablishing the connections that may have been injured by addiction.

If you suspect that you or someone you love has been addicted to fentanyl, it’s necessary that you get help from professionals as soon as possible. Once you take fentanyl addiction treatment from trusted professionals, they can provide the support, therapy, and resources a person needs to get clean and get on the path to recovery.