Everything You Think You Know About Addiction Is Wrong 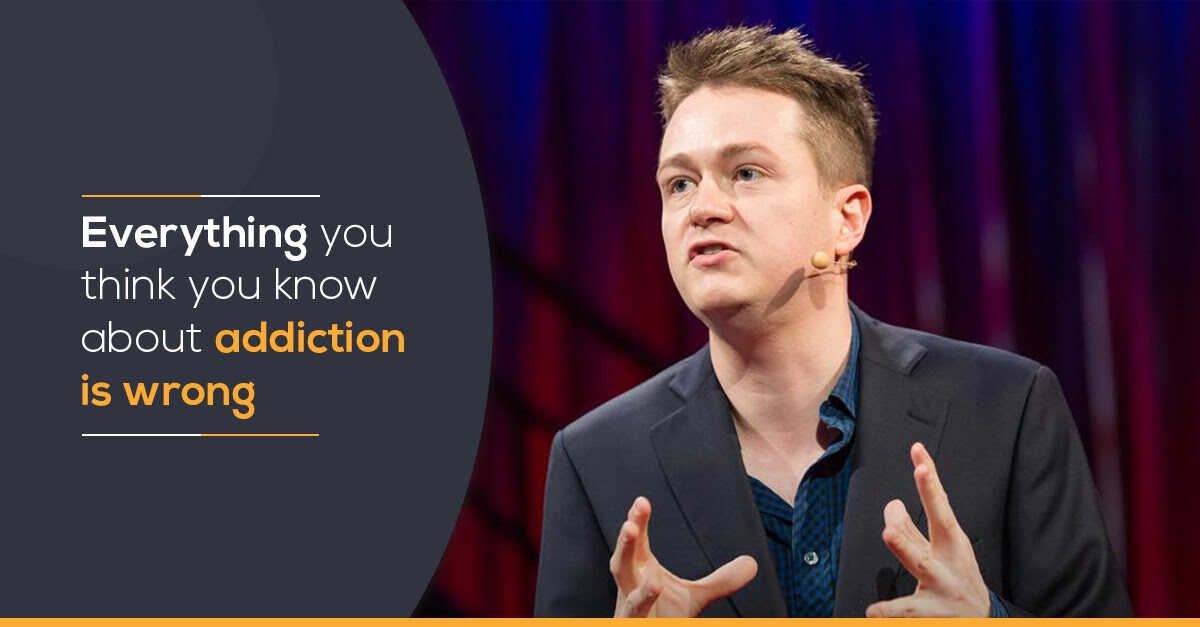 Addiction is misconceived. People believe that they know all about addiction just by observing in public forums namely television, newspaper, articles, etc. However, addiction isn’t often that can be understood or visible to the naked eye. There was a viral TED talk by Johann Hari on  “Everything You Know About Addiction is Wrong,” popped up on the newsfeed of the recovering addicts of that time. Have a glance at what he conveyed & understand that, what you know about addiction is wrong & explore how it works.

What You Know About Addiction Is Wrong

Hari compared the view of society towards the addiction with what he truly believes addiction is. He raised questionnaires, “What really causes addiction? “, “Why do we carry on with this approach that doesn’t seem to be working?“, “Is there a better way out there we could try instead?”. In his 14 minute video, he made some substantial statements regarding the nature of addiction and also had claimed, “cause of addiction is due to lack of human connection”. He had drawn such a conclusion based on the experiment conducted in the 1970s with rats chosen to experiment with the overdose of heroin or cocaine laced water.

From this, Johann Hari outlines that human with positive vibes, relationships, bondings, and connections are less likely to become an addict than the ones who lack a positive bond or love. He had highlighted that everyone who had experienced opiates under the hospital setting does not become addicts. Further, he relates to drug policy in Portugal to support this.

There were many controversies with Hari’s talk as he is not an addiction expert, though a convincing presenter. Hari, an expert in treating addicts claimed that “Johann Hari, has not studied addiction, neither worked in addiction research nor himself an addict”. Johann Hari is a journalist. The problem is the way he projected his arguments as a fact that refute the struggle the addict faces in the path of recovery.

The experience of innumerable addicts & alcoholics reveals that the number of addicts grew up neglected, orphaned, under the poverty line are equal to the number of addicts grew up with love, care and in happy homes. Addiction, a spiritual malady is rooted due to restlessness, anger, uneasiness, and discomfort. In his accurate talk, Hari stated, “A core part of addiction is about not being able to bear to be present in your life.”

Further, Science has proved that there are some genetic characteristics, influence someone to become addicted to alcohol or drugs. Alcoholic genes, environment or the spiritual defect may likely be used to determine the odds of addiction. Hari’s conclusion statement ” The opposite of addiction is not sobriety, the opposite of addiction is a connection” highlights his true legitimate knowledge about addiction. The healing message that could be drawn from his talk is that we need to overcome the stigma of addiction & should provide opportunities for the addicts to connect with the world rather than ignoring them.

As a society, we ignore or shame people who are in the struggle of addiction. Judging them and making them feel down creates a barrier for them to connect with the people. There are distinct drug addiction treatment centers that address different addiction types. It’s our responsibility to help them overcome addiction and to make them reconnect with society. We also help them by providing the right addiction centers that they would prefer to achieve a successful life.